EtreCheckPro 6.0 has two important new features that are not available in the Mac App Store: the storage display and the analytics display. These are interactive displays that help you better manage your storage and review several days of detailed analytics information about your hardware, system, and running software. 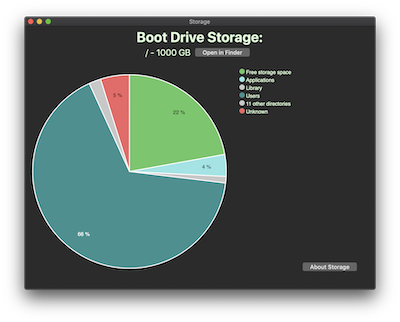 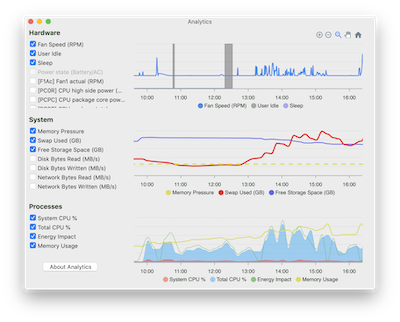 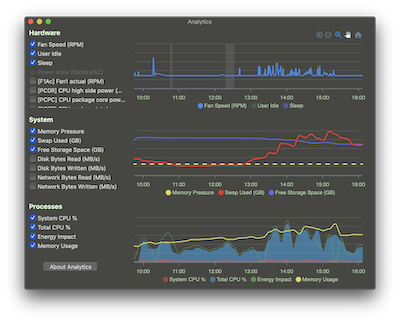